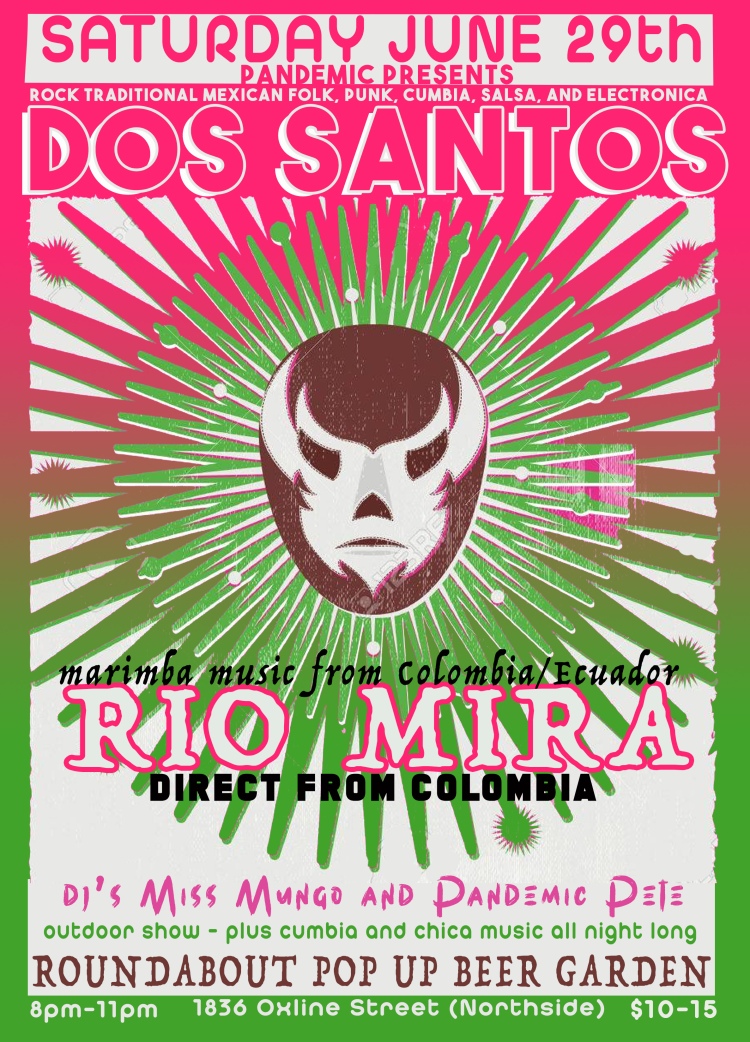 Rio Mira is a project named for the river that separates Ecuador and Colombia, the group brings together the marimba masters Esteban Copete and Larry Preciado with Ecuadorian singer Karla Kanora and an incredible ensemble of Afro Latino folkloric musicians from the cities of Cali and Esmeraldas.

As an ensemble, Rio Mira’s cultural identity is rooted in the Pacific Coast of Ecuador and Colombia, a musical habitat of East African diaspora traditions with the marimba playing a unifying role, both in the local culture and the ensemble’s unique sound. The marimba music of Colombia and Ecuador was declared Intangible Cultural Heritage by UNESCO in 2015 and this group aims to preserve this cultural treasure.

After making their debut in May of 2013, Dos Santos has been steadily making the rounds at Chicago’s premiere live music venues and festivals—from the prestigious Millennium Park Summer Music Series to the exclusive Chicago World Music Festival. In March of 2015, they released their critically-acclaimed self-titled debut cd Dos Santos and subsequently toured the United States, making appearances at SXSW, the Pachanga Latino Music Festival, and the Ruido Fest Latin Alternative Music Festival along the way. In 2016, the band released their follow-up EP entitled “Fonografic” on Electric Cowbell Records produced by Beto Martínez of Grammy Award-winning Grupo Fantasma. Recently, they teamed up with Money Chicha to release a 7″ vinyl split entitled “Summit Sessions” on Sonorama Discos. Their highly-anticipated debut LP on International Anthem is now available worldwide. Read more about it here.

With Miss Mungo and Pandemic Pete